Glastonbury is steeped in Christian and Pagan legends. The modern-day town is overshadowed by Glastonbury Tor, a dominant feature of the local landscape. The town is a mixture of old and new, with its great Abbey ruins, reputedly the birthplace of Christianity in England and associated with the legends of King Arthur. Today Glastonbury is also famous for its eponymous music festival.

The scattered ruins of Glastonbury Abbey give little hint that this was once one of England’s great seats of ecclesiastical power. It was torn down following Henry VIII’s Dissolution of the Monasteries in the 16th century. According to legend, the abbey’s famous holy thorn tree sprang from the staff of Joseph of Arimathea, who supposedly visited the abbey. It blooms at Christmas and Easter.

The Saxons, who had been converted to Christianity, conquered the ancient county of Somerset in the 7th Century. Their King was Ine of Wessex, who was widely regarded as one of the most important figures in the history of the abbey. He was a local man who boosted the status and income of the abbey, and it is said that he put up a stone church, the base of which forms the west end of the nave.

Topped by the ruined, medieval Chapel of St Michael, the iconic hump of Glastonbury Tor is visible for miles around, and provides Somerset with one of its most unmistakable landmarks. It takes half an hour to walk up from the start of the trail on Well House Lane; the steepest sections are stepped.

The Tor is the focal point for a wealth of local lore. Legend identifies the tor as the mythic Isle of Avalon, where King Arthur was taken after being mortally wounded in battle. Others believe that the Tor marks an ancient mystical node where invisible lines of energy, ley lines, converge. It’s easy to see why the Tor has inspired so many myths. It’s a strange presence in an otherwise pan-flat landscape, and in ancient times (when the area around Glastonbury was covered by water for much of the year), the Tor would indeed have appeared as an island, wreathed in mists and cut off by rivers, marshes and bogs.

Chalice Well and Gardens have been sites of pilgrimage since the days of the Celts. The iron-red waters from the 800-year-old well are rumoured to have healing properties. The reddish waters are caused by iron deposits in the soil. Some legends also identify the well as the hiding place of the Holy Grail. 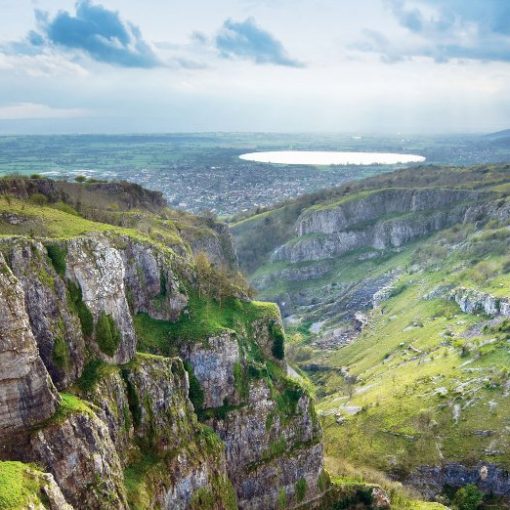 Cheddar is located on the southern edge of the Mendip Hills. Cheddar Gorge is the largest gorge in the United Kingdom, at 400 feet deep […] 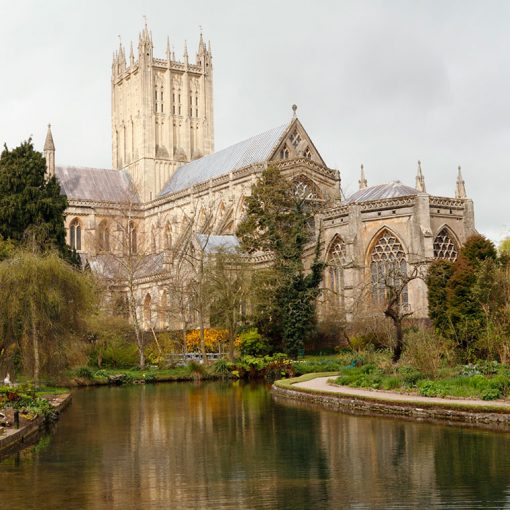